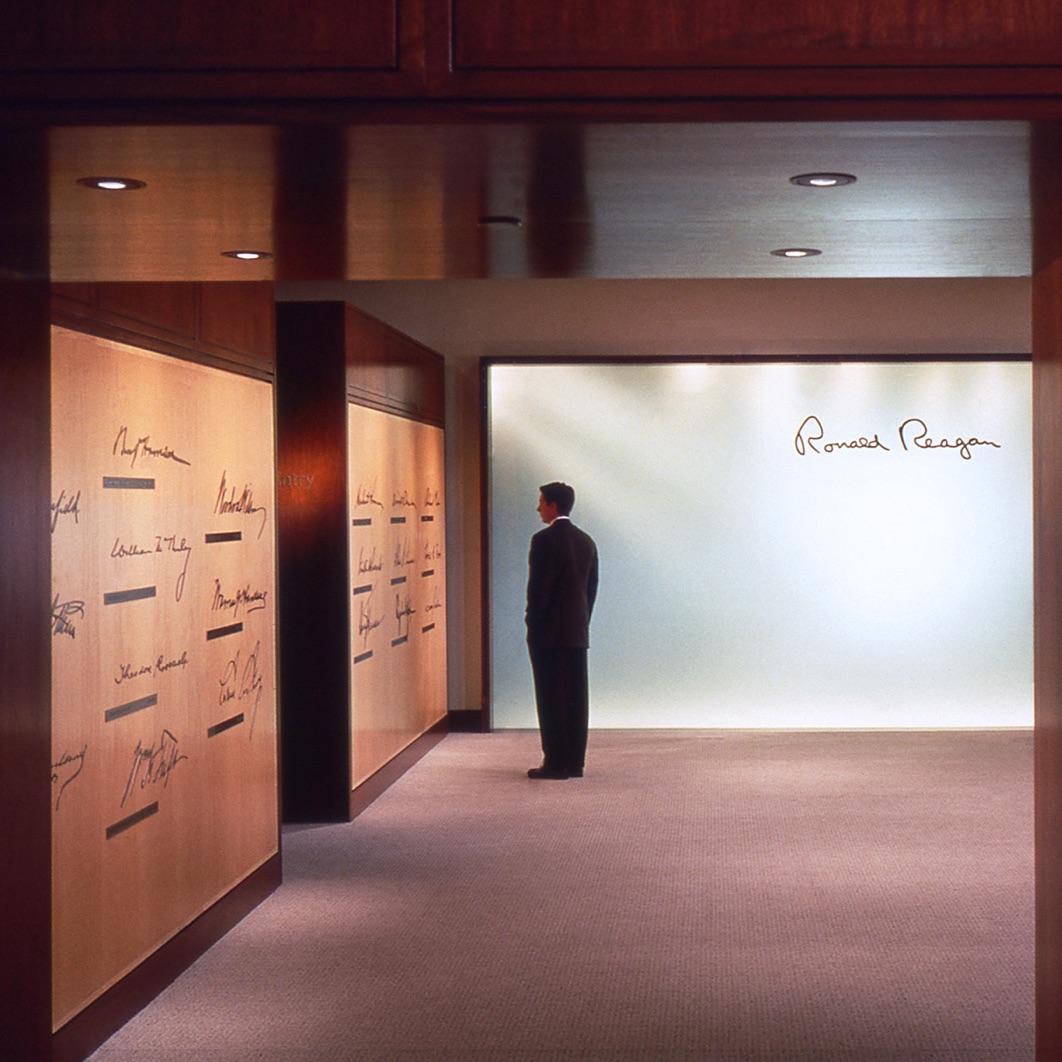 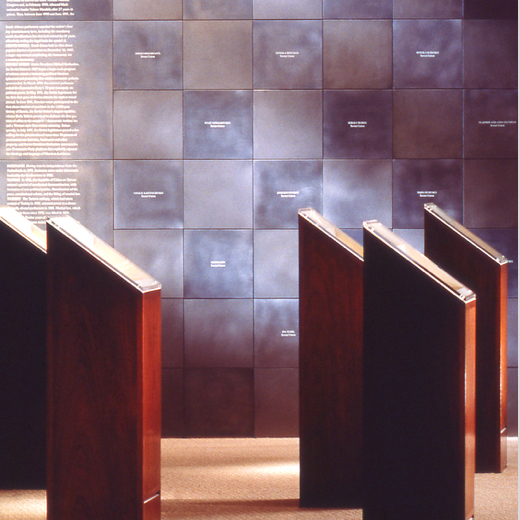 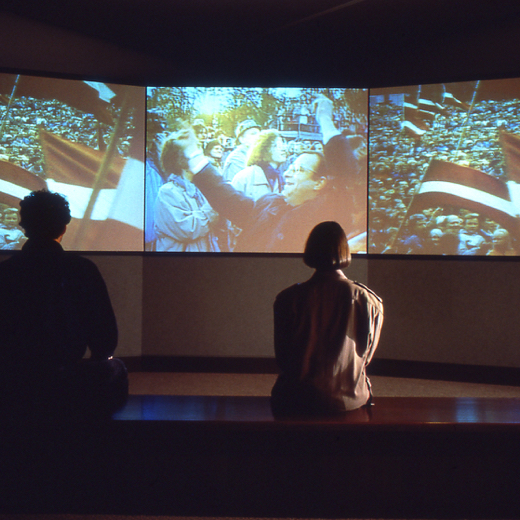 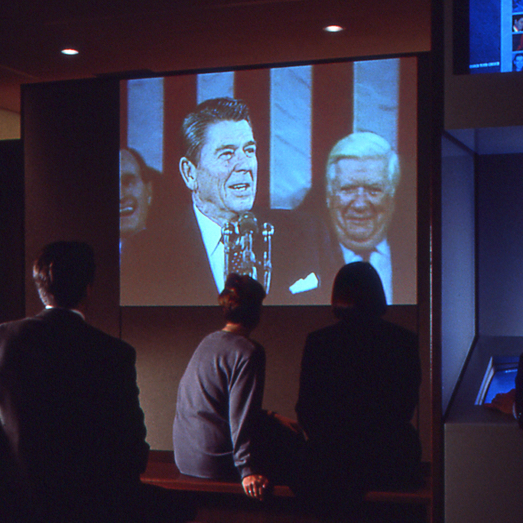 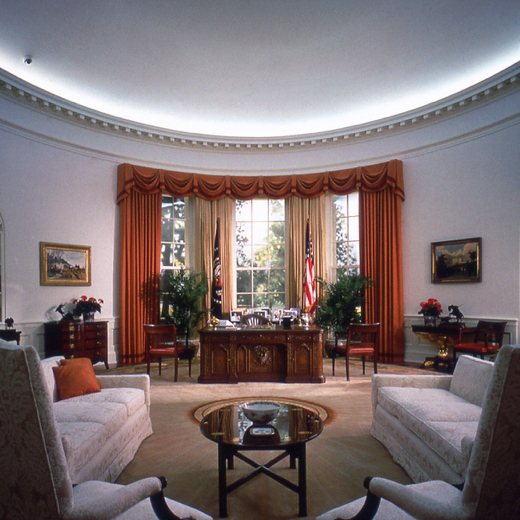 Nancye Green and Michael Donovan were approached in the last months of Reagan’s presidency to come to Washington and share their work with a group charged with fielding candidates for consideration. They were chosen for this assignment by his foundation’s Board of Trustees and met with President and Mrs. Reagan in California in February of 1989.

Once the 18-month-long project, which included in-depth interviews and meetings with the Reagans, was complete, Nancye Green had the privilege of walking President Reagan through the exhibit, populated with artifacts, photographs, media installations, an interactive theater where visitors could ask the President questions, a replica of the Oval Office and a gallery dedicated to the First Lady. The Reagans were deeply moved by this testament to his political legacy.