Branding isn’t just a logo… But here are a few good ones.

Every logo tells a story. It tells the story of a brand, its visual identity, and its connection to people and the world. Here are a few stories behind the brands that Donovan/Green has helped shape over the years.

Lipton Tea House: Migrating a Brand from Shelf to Store

Having experienced a resurgence in tea consumption and witnessing Starbucks’ brand building, Lipton Tea decided to take their familiar brand of tea and move it into a full retail customer experience. Lipton retained Donovan/Green to create an immersive program covering brand identity, packaging, environmental graphics and products designed to support tea making and consumption alongside a total Lipton Tea Retail store design. Lipton provided mentors and scientists to provide insights into all the nuances of tea to the team, who quickly became experts in the growing, brewing and consumption of the beverage in all its forms. 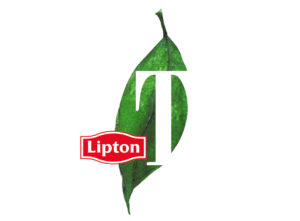 Liberty Science Center: Turning a Logo into a Storyboard

Liberty Science Center was founded as a collaboration of several New Jersey-based science companies. With the encouragement of the governor at the time, these companies realized how important science was to the New Jersey economy and how little recognition the category had received. Liberty Science Center, in the shadow of the Statue of Liberty, was conceived as an education center targeting young people. Donovan/Green was retained to design and develop the institution’s brand identity, environmental graphics standards, exhibits and exhibit standards. By incorporating location and science references into the abbreviation, Donovan/Green was able to tell an entire story in a logo.

Coca-Cola: Activating a Classic Brand for the Eastern Market

In Vietnam or Cambodia, if you had an ice chest and two six packs of Coke, you were in the retail business. If you had an umbrella, you might even be in the restaurant category. Donovan/Green’s activation of the Coke logo by leveraging the classic color combined with action figures told a story without requiring words. As such, conventional barriers to retail like language and literacy fell away with entrepreneurs in Taiwan, Vietnam, Cambodia and other East Asian countries. 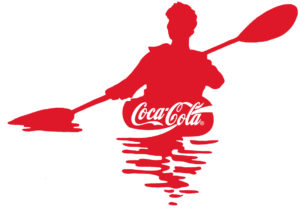 Ward Bennet for Brickel Associates: When a Brand Identity Describes a Relationship

Ward Bennet – one of the most innovative interior and furniture designers of his era – formed a bond with Brickel, the manufacturer and distributor of his furniture designs. This relationship was intimate: Bennet was the manufacturer’s only designer. Bennet collaborated in the Brickel offices with draftsmen, model makers, craftsmen, and Donovan/Green to tell the stories about the products he designed. The red square became the ubiquitous validator of quality – found on his furniture, signage, graphics, and every form of promotion and advertising. 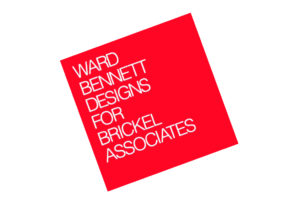 Un-branding Racism: How companies are facing their own biased brands A new on-air network for outdoor enthusiasts Design is a team sport Can design thinking reveal the intrinsic value of blockchain?