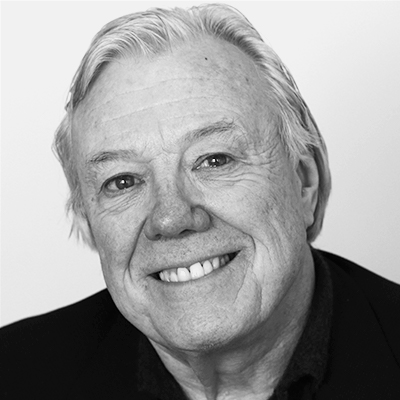 Founding partner Michael Donovan has been at the helm of Donovan/Green, creating and innovating for an extensive roster of clients since its inception. An incessant learner, Michael continues to evolve as an active, creative entrepreneur.

Michael currently sits on the Municipal Arts Society Board of Governors as well as that of the Parsons School of Design as Vice-Chairman. In addition, he has served on the national boards of the American Institute of Graphic Arts, The Society of Environmental Graphic Design, The National Design Center, The Art Directors Club and as an advisor to the Aspen Design Conference. Throughout his creative career he has received recognition and awards for branding solutions, information design, and environmental design, and was recognized in Richard Saul Wurman’s 1000 Most Creative People in America. He is an NEA Fellow and received the Christian Petersen Award for Creativity from Iowa State University, his first alma mater, where he serves as an advisor to the Design College. He has taught at Parsons School of Design and Pratt Institute. Michael holds degrees from Iowa State University and Parsons School of Design. In 2014 both Nancye Green and Michael Donovan were awarded the American Institute of Graphic Arts Medal — the most distinguished in the field—in recognition of their exceptional achievements, services or other contributions to the field of design and visual communication. In addition to his many accolades, Michael is also an Eagle Scout.